Share a memory
Obituary & Services
Tribute Wall
Read more about the life story of James and share your memory.

James M. “Jimmy” Dempsey, a lifelong resident of Malden, passed away suddenly on Tuesday, November 15th.  Jim was born in Malden in 1951, the son of William and Teresa Dempsey.  He was raised in Malden, and graduated from BC High School with the Class of 1969.  He then attended Salem State University where he received his Bachelors Degree in teaching.   He went on to become a teacher for the City of Malden. He taught Automotive at the High School for many years before moving on to the Maplewood School where he taught 6th Grade. He married Kim (Gatie) of Weymouth in 1982 and they lived and raised their family together in Malden.

Jimmy was very handy, and could fix just about anything. He was a skilled guitarist, and played with his band Snakeshot in his younger years.   He was passionate about boats and cars, especially Corvettes and El Caminos. He was a friend to everyone he met, and would talk for hours if you let him. His pride and joy was his family, and he enjoyed spending time with his children and grandchildren. Jimmy’s proudest title came in 2021 as “Papa Jim” to his two grandsons, John and Evan.

He is survived by his wife, Kim Dempsey, and children, William Dempsey and wife Lisa of Peabody, Anne Marie Lyons and husband Peter of Winthrop, and Mary Beth Dempsey of Lynnfield, his father, William T.J. Dempsey of Malden, his brother Joseph M. Dempsey of FL, his sisters, Mary Ann Boari of Woburn and Jean M. Perrigo of FL, his grandchildren, John and Evan. He was a beloved “Best Pal” to Anthony, Alyssa, and Philip Messina.

Jim was preceded in death by his mother Teresa Dempsey, and his brother William Dempsey.

Funeral services will be held on Tuesday, November 22, at the Weir-MacCuish Golden Rule Funeral Home, 144 Salem ST, Malden,  with visitation from 3-6, and a ceremony of remembrance beginning at 6.

To send flowers to the family or plant a tree in memory of James M Dempsey, please visit our floral store. 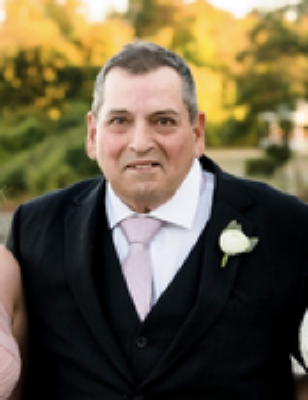 
Family and friends are coming together online to create a special keepsake. Every memory left on the online obituary will be automatically included in the book.

You can still show your support by sending flowers directly to the family, or by planting a memorial tree in the memory of James M Dempsey
SHARE OBITUARY
© 2022 Weir Mac Cuish Family Funeral Home. All Rights Reserved. Funeral Home website by CFS & TA | Terms of Use | Privacy Policy | Accessibility