Share a memory
Obituary & Services
Tribute Wall
Read more about the life story of James and share your memory.

James Matarazzo passed away peacefully after a short illness in Henderson, NV. on January 15th, 2023. He was 76 years old.

Born in Schenectady on August 7, 1946, Jim was the son of Stephen and Filomena (Barone) Matarazzo. He is survived by his loving wife Kelly (O’Leary) Matarazzo, sister Anne (David) Stopera, brother John (Evelyn) Matarazzo, several nieces and nephews, and pre-deceased by brothers Alan and Paul.

Jim was a graduate of Bishop Gibbons High School and Murray State University. He also served in the United States Air National Guard.

Known as “ Matty” to his close friends, Jim retired from his job as Controller for Bellevue Builders in 1997 and moved to the Las Vegas area shortly after to enjoy the milder weather and an occasional game of poker. He met his wife Kelly there in 2005 and they married on May 9, 2009. Jim and Kelly spent the last eighteen years of his life together traveling, and loving their pet dogs.

Friends and relatives will be invited to a memorial service and reception in Schenectady at a later date.

To send flowers to the family or plant a tree in memory of James P. Matarazzo, please visit our floral store. 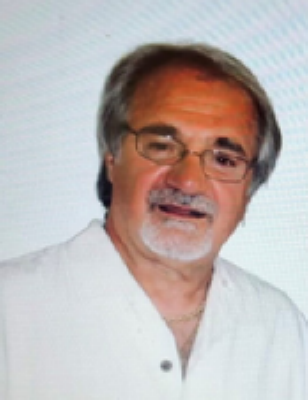 Look inside to read what others
have shared
Family and friends are coming together online to create a special keepsake. Every memory left on the online obituary will be automatically included in the book.

Family and friends are coming together online to create a special keepsake. Every memory left on the online obituary will be automatically included in the book.

You can still show your support by sending flowers directly to the family, or by planting a memorial tree in the memory of James P. Matarazzo
SHARE OBITUARY
© 2023 Weir Mac Cuish Family Funeral Home. All Rights Reserved. Funeral Home website by CFS & TA | Terms of Use | Privacy Policy | Accessibility